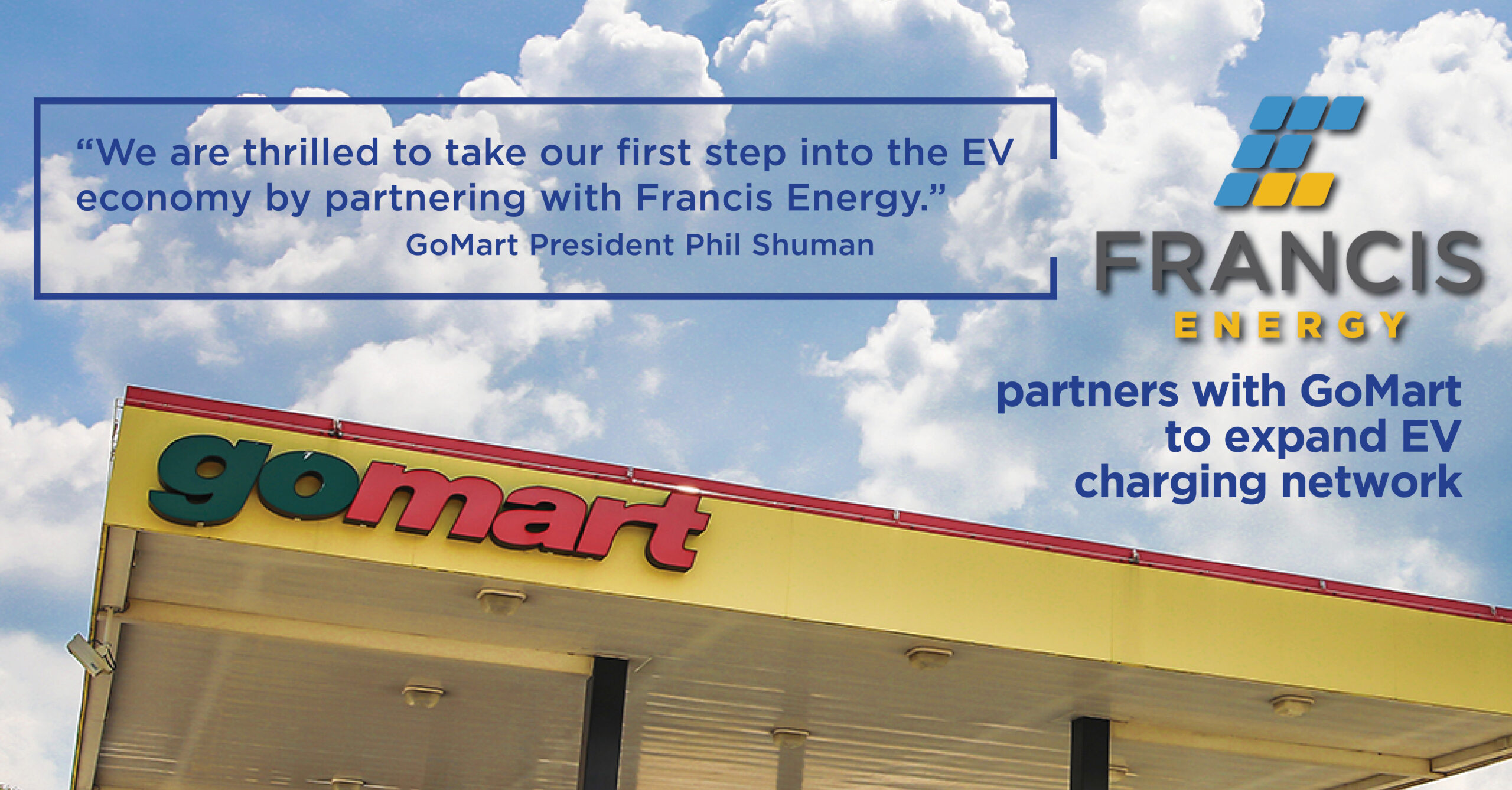 “We are very excited about this partnership. This is a unique opportunity to expand our public network and help fuel the rise of EV’s in Appalachia. GoMart is a great company, and we’re excited to partner with them to bring expanded service offerings to their customers,” said Francis Energy Founder and CEO David Jankowsky. “Publicly accessible DCFC infrastructure at convenience stores, especially ones that serve rural America like GoMart, is a key building block towards the transition to electric vehicles.”

Earlier this year, 61% of Americans told Consumer Reports that charging logistics would prevent them from buying or leasing an electric car. Jankowsky noted there are nearly 150,000 convenience stores in the U.S. and 93% of Americans live within 10 minutes of a gas station or convenience store. He said, “Just as gas stations helped fuel the American driving culture at the turn of the century, a national network of EV charging stations that reaches into all communities will convince drivers they will have a charge if they need one before reaching their destination.”

Phil Shuman, president of GoMart, said, “We have been filling up cars for over 100 years and had one of the first self-serve gas pumps in the nation, so we see this partnership as a natural progression in providing the best fuel options for our customers. We are thrilled to take our first step into the EV economy by partnering with Francis Energy and relying on their experience and expertise to ensure we are ready to serve our communities.”

Francis Energy owns and operates the nation’s first comprehensive statewide network of public EV fast chargers in Oklahoma, with coverage every 50 miles throughout the state. The Tulsa-based company’s network of more than 135 locations serves EV drivers in the Heartland.

The Francis network currently serves Oklahoma, New Mexico, and Missouri, with additional projects under construction in Alabama, Kansas, and Ohio. Francis is working with states and localities to expand its charging network across 38 states with a mission to provide equitable charging access to all – serving rural, tribal, and disadvantaged communities.

GoMart operates 123 stores in three states, West Virginia, Virginia, and Ohio. The company ranks 53rd among the 200 largest convenience store chains in the United States and employs over 1,400 people – making it one of West Virginia’s largest private employers.

Francis Energy owns and operates the first in the nation comprehensive statewide network of EV fast chargers across the state of Oklahoma with stations virtually every 50 miles. The Oklahoma network ensures rural areas, tribal lands, and underserved communities have reliable access to charging stations. The company is using its success in Oklahoma as a model to build a charging network across America.